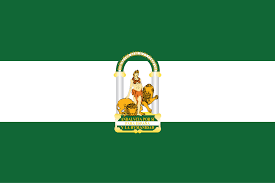 The wealth tax in Andalucia was always an unwelcome weight on both the expatriate and local community. As of Wednesday 21 September 2022 there will no longer be a wealth tax in Andalucía. The President of the Junta de Andalucia, Juanma Moreno, has scrapped the Wealth Tax and announced a reduction in the rate of income tax, plus the cancellation of the water tax in 2023. So Andalucía has now become one the regions in Spain with the fewest taxes after Madrid. This, along with previous reductions in income and inheritance taxes in Andalucia are a clear sign that the Andalucian government are determined to attract more wealthy individuals to the area and a higher level of investment to their region.

The President said that the Wealth tax accounts for 0.6% of income for the regional government (some €95million per annum) and the change will have a very positive impact on increasing revenue, attracting investment and stimulating the economy. Especially as ten of the top 20 wealth taxpayers in 2019 left Andalucía in 2020, resulting in a loss of income of nearly 18 million euros (3.5 million euros in wealth tax and 14 million euros in personal income tax).

The President aims to attract people with high incomes, who spend long periods in Andalucía, to make it their permanent home and pay tax here. “This will help us to develop economic activity and employment,” he said.
Moreno estimates that the tax reduction will attract 7,000 new residents. “We will exceed by far that 0.6% of income, through income tax and indirect taxes,” he said.

With regard to personal income tax, Andalucía will reduce this by 4.3% “above the amount that the government says salaries will rise by”, estimated to leave €125m in the bank accounts of Andalusian residents.
He also announced that the water tax will be suspended in 2023, worth 140 million euros.

All great news for anybody looking to buy here!