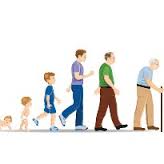 Spaniards can expect to live to an average age of 83.2 years, which is far above the OECD average of 80.5 years and second only to Japan’s 83.4 years. In the USA, the average life expectancy is 78.8, while in the UK it is 81.1 years.
In assessing areas in which nations can improve, the OECD report cited some long-running concerns among some Spaniards’ proclivity for a cigarette, high alcohol consumption levels in some regions, and creeping obesity.
However, the many health benefits of the Spanish lifestyle meant that Spain outperforms pretty much every other nation on earth in terms of longevity.
Experts agree that it is Spain’s combination of a Mediterranean diet, its warm climate, its relaxed lifestyle and its excellent healthcare that delivers such benefits to its citizens, and while good genetics also play a part, anybody who wants to live a long, happy and healthy life should consider moving to Spain to enjoy these very benefits.
The typical Spanish diet – which is rich in fresh fruit and vegetables, olive oil and fish – has been proven to reduce the risk of heart attacks by 30%. The OECD report did add that Spaniards should try to eat a little more vegetables, but by and large most people in Spain stick to healthy eating.
Spaniards also have one of the world’s lowest mortality rates for heart disease and one of the lowest suicide rates among all OECD nations. The report suggests that the strong family network that many Spaniards can rely on helps guard against loneliness and depression – two major causes of suicide.
The excellent Spanish healthcare system is also playing its part in keeping people alive for longer – according to the report just 1% of Spaniards reported not having their medical needs met, which is better than all other nations, and ranks alongside the Netherlands and Austria.