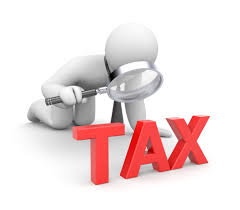 The government authority has issued a publicity campaign this week to alert potential tax-avoiders of its new capabilities, which will come into force after December 31 once the current Leichtenstein Disclosure Facility (LDF) closes in 2016.  More than 90 countries, including Spain, have signed up to the scheme, which will mean that HMRC can look at Britons’ bank balances and savings interest in foreign countries, even going back as far as 20 years.
Currently, the LDF scheme allows HMRC to pursue potential tax evasion in some countries, but conversation has rarely been so open. This new scheme means that financial details of nationals can be shared among all 90 countries, including property and trusts, and could lead to HMRC imposing penalties, fines and even criminal sanctions on tax evaders.
According to HMRC, the UK Treasury is owed around £565 million in unpaid taxes from Brits who have offshore wealth undeclared. “Under our new regime, the small minority who evade tax offshore, facilitate or turn a blind eye to offshore tax evasion will face tougher sanctions,” said David Gauke, Financial Secretary to the Treasury.
These penalties could be as much as a 30% fine of the amount of tax due, as well as an order for all outstanding taxes to be paid in full. In 2009 an amnesty was launched by the HMRC calling on Brits to voluntarily settle unpaid overseas tax bills without fear of fines or prosecution. This amnesty saw a total of £1.6 billion paid into the Treasury’s coffers, but now HMRC is stepping up its efforts to recoup more money after the Autumn Statement changed the law.
Previously, only “deliberate” non-disclosure of tax could be deemed a criminal act, but now, any tax liability related to offshore income or capital gains will “automatically be deemed to be a criminal offence” from next year. This applies to people who live permanently in the UK but have taxable income in another country.
Spain and France will begin sharing its information with the UK from January 2017, but people with assets undeclared in Spain are being urged to come forward now because, as stated, HMRC will be able to look back over 20 years’ worth of transactions.
The scheme is being based around new technology – which expedites the process – and new transparency laws designed to combat fraud and tax evasion.
For Brits who own a house in Spain, those who have purchased through the appropriate channels using trusted financial advice should already be on top of their tax commitments, but if you live in the UK but own a property in Spain and have any questions or concerns, Property Finder Marbella recommends that you seek independent financial advice from a qualified solicitor or IFA.