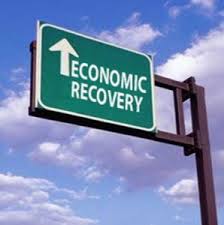 The IMF increased its gross domestic product (GDP) growth forecast for the year to 3.1 per cent this week, increased from the 2.5 per cent forecast earlier in the year. In raising Spain’s outlook, the IMF commented that the country’s “continued fiscal consolidation has reassured markets and further boosted confidence. These collective efforts of Spanish society are the foundation upon which the recovery has been constructed”.
These remarks were underpinned by data from Spain’s National Statistics Institute (INE), which revealed that real estate transactions across the country have increased by 9.4 per cent in the first quarter of the year compared to 2014.
This increase has seen prices rise steadily across the country by an average of 1.5 per cent, but by higher margins in many of Spain’s more popular regions such as the Costa del Sol. Although unemployment remains high in many regions, Spain’s attractiveness among foreign buyers is helping the real estate industry make up for the domestic shortfall. From a UK point of view the strong British pound against the euro is making Spanish property very attractive for homebuyers and investors alike.
In the wider economy, the weak euro is attracting a greater number of visitors to Spain, while the country’s recent economic reforms have now fully taken root. This in turn has helped accelerate job creation.
Looking ahead, the IMF added that if further reforms are implemented – such as making it simpler for people to start their own business and cheaper for employers to dismiss long-term and permanent workers – then the Spanish economy could also grow by a further 2.6 per cent in 2016.