A significant 2014 for Spanish Property 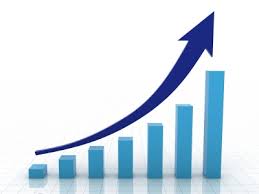 As 2014 draws to a close, it is clear that the Spanish property market has shown a very marked recovery. Property prices have levelled out and even begun to rise in some regions. The number of buyers, both foreign and domestic, has grown steadily month by month.
The turnaround hasn’t been subject to peaks and troughs, but has maintained a steady growth rate throughout the year. The experts are impressed by Spain’s steady and consistent performance and are extremely optimistic by what is being seen as a sustainable recovery.
Almost every month has brought a new set of encouraging figures and data on the property market. In February sales on the Costa del Sol were up for the first time in 7 long years. In April flight bookings and property enquiries reached a 9 year high. In July it was revealed that a massive 27% of all properties sold in Spain in the first 4 months of the year had been sold to foreign buyers.
Autumn figures showed that the glut of unsold properties was fast subsiding, mostly due to the interest of foreign buyers. November revealed that British buyers were up by 25% on the previous year, and the latest figures show that mortgage lending has increased 4 months in a row.
Every indicator is now positive for steady and sustainable growth through 2015.  There has probably never been a better time to become one of the increasing numbers of people buying into, or investing in, beautiful Spanish property and the wonderful healthy Spanish way of life.